Actress and historical interpreter Judith Kalaora of History at Play brought Deborah Sampson to life for a packed house at the South Grafton Community House. She used an engaging first-person narrative of the life of Deborah Sampson and with live costume changes woven into the performance, completed Sampson’s transformation into Robert Shurtlieff, soldier in the Continental Army – and back again. After the performance, Kalaora answered numerous questions about Sampson’s life, including several on how she was able to convert back into being a woman in public life after the war and attract future husband Benjamin Gannett. 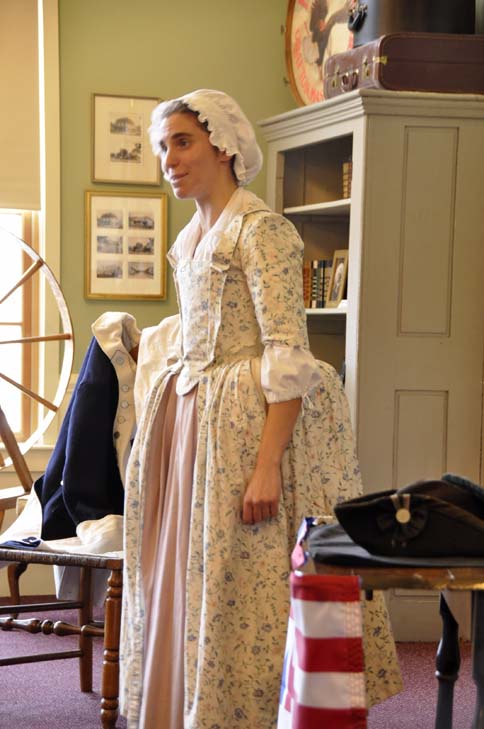 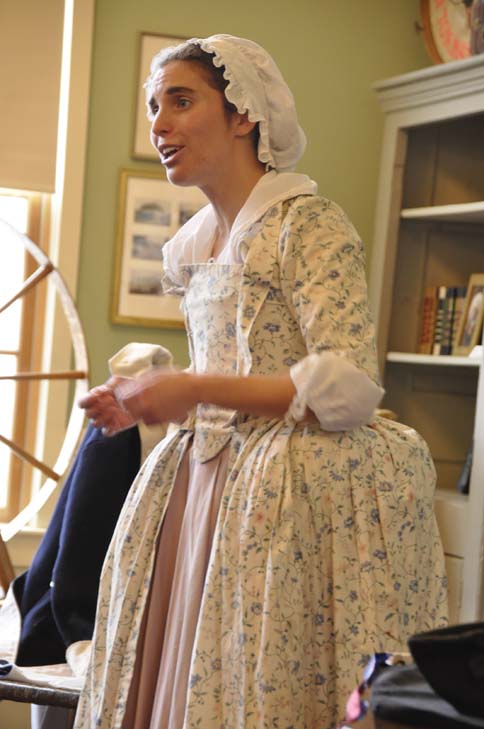 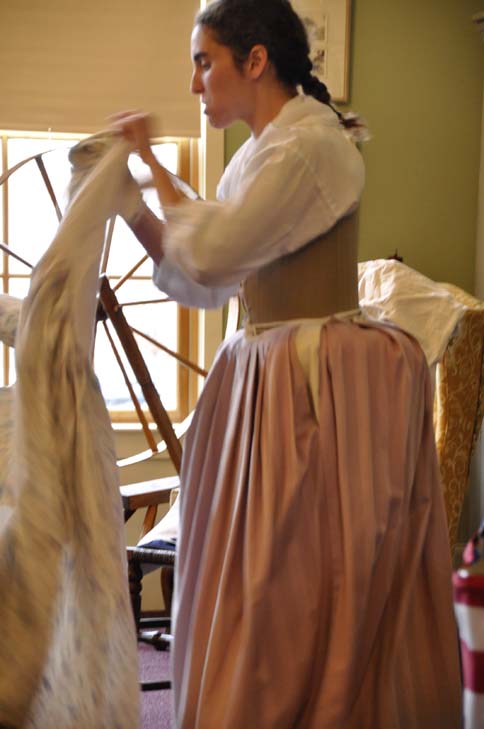 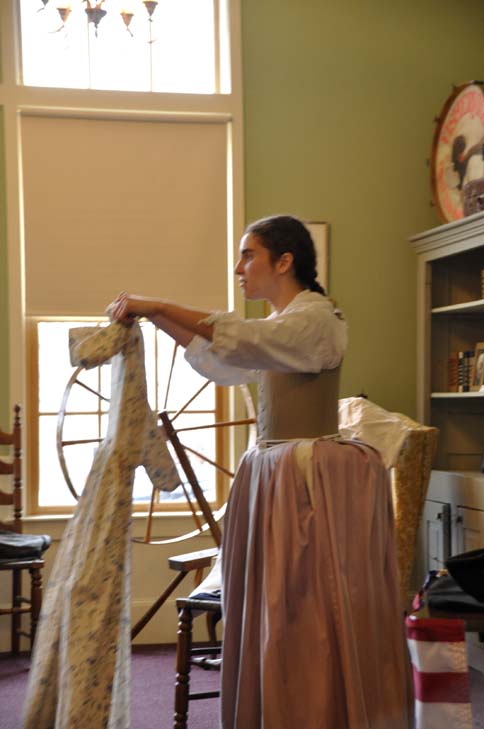 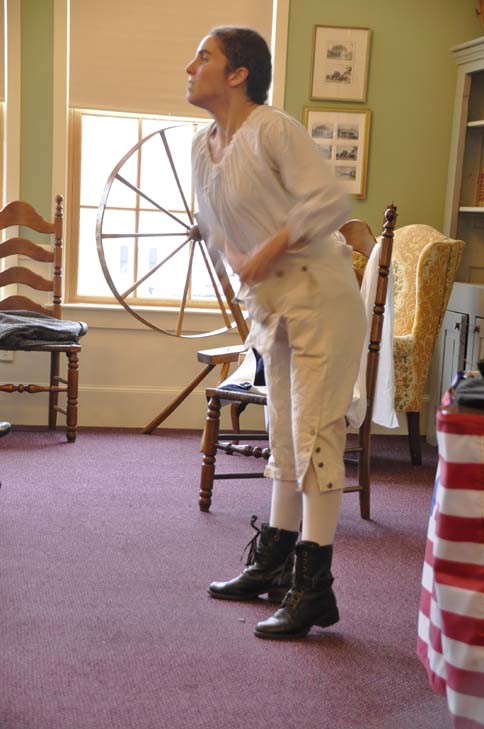 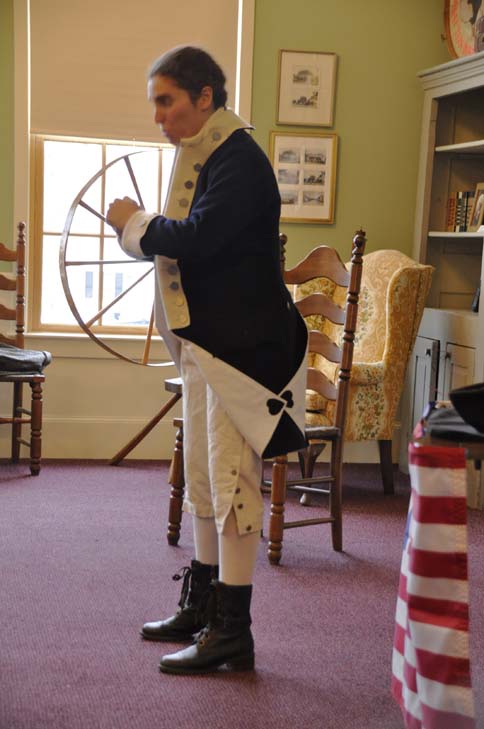 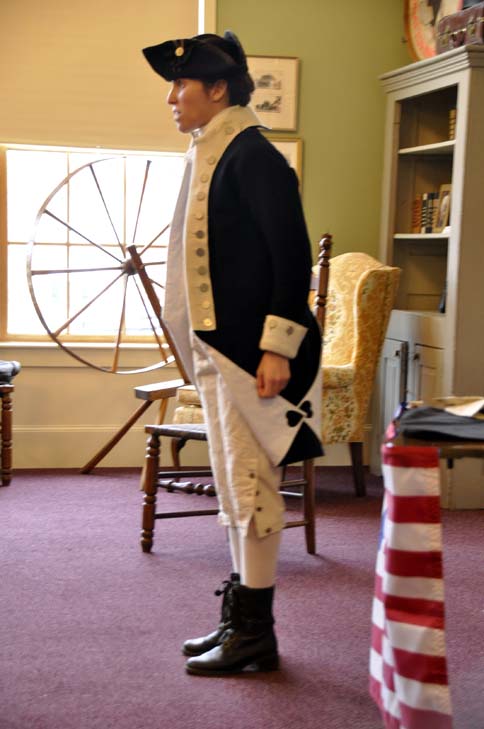 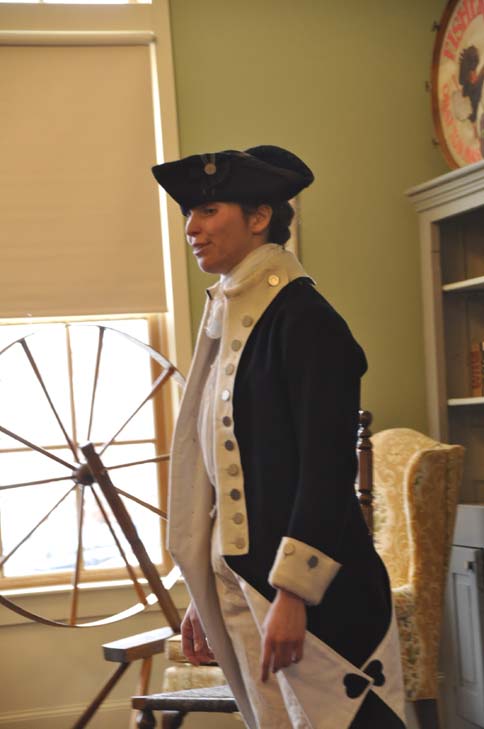 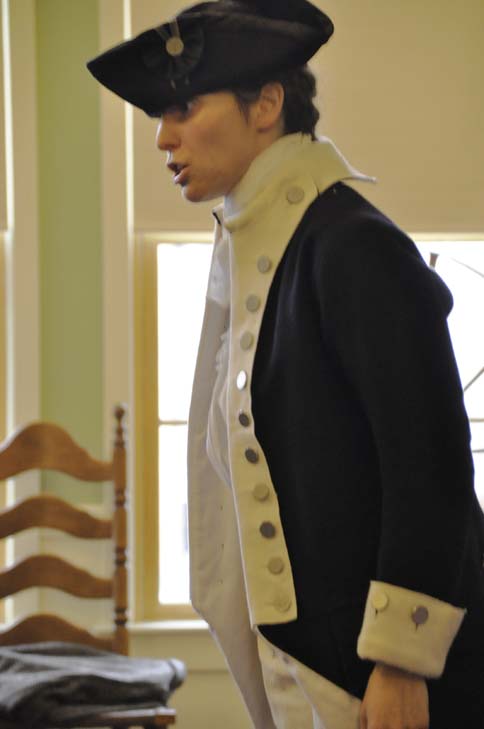 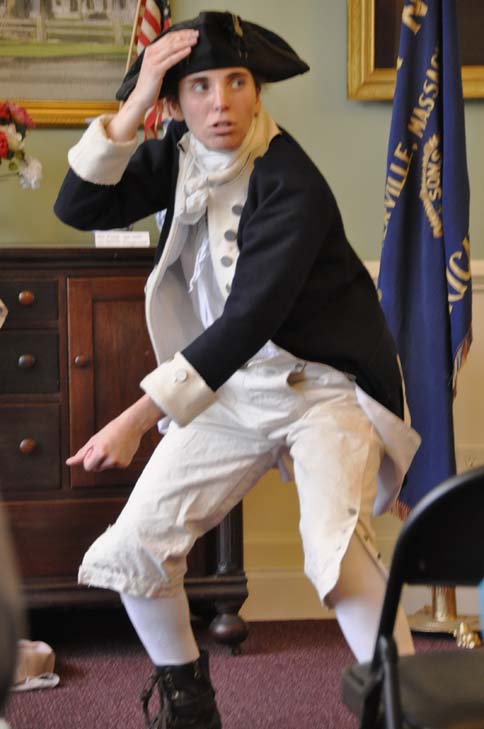 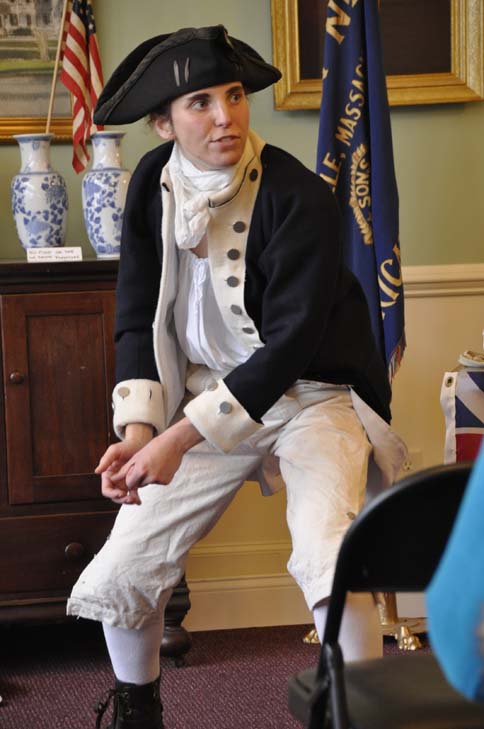 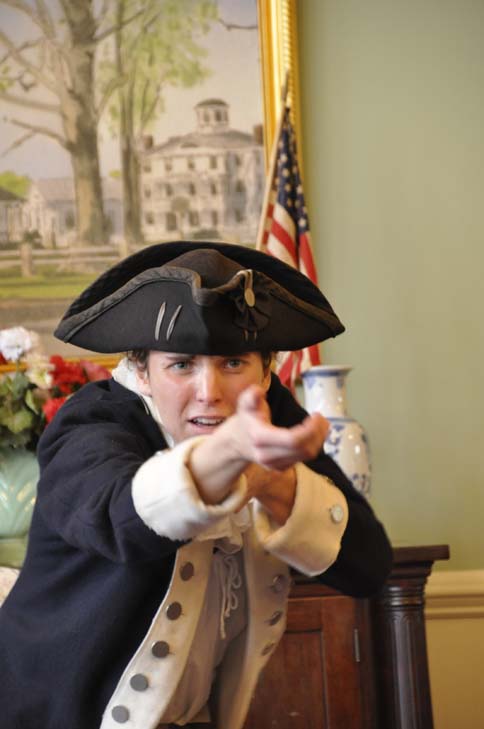 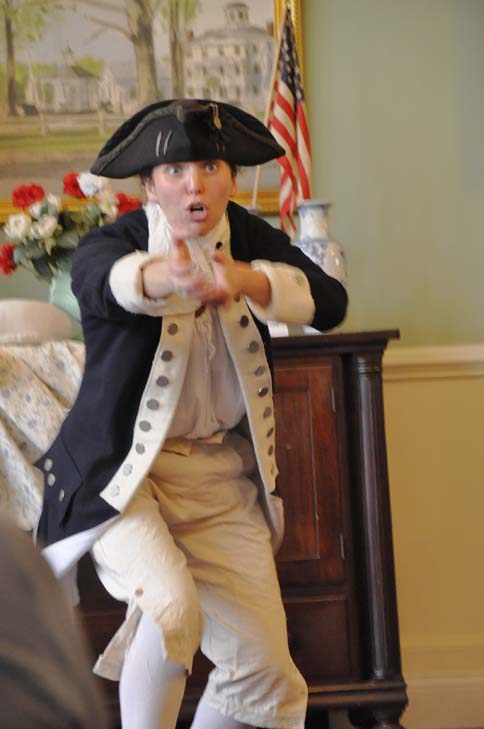 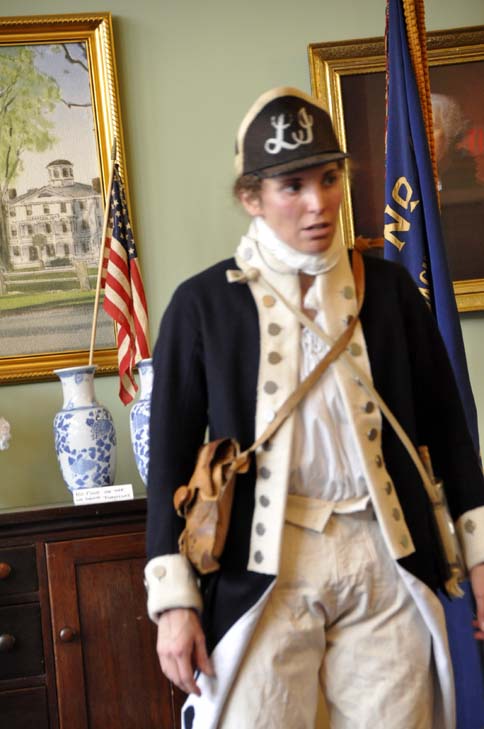 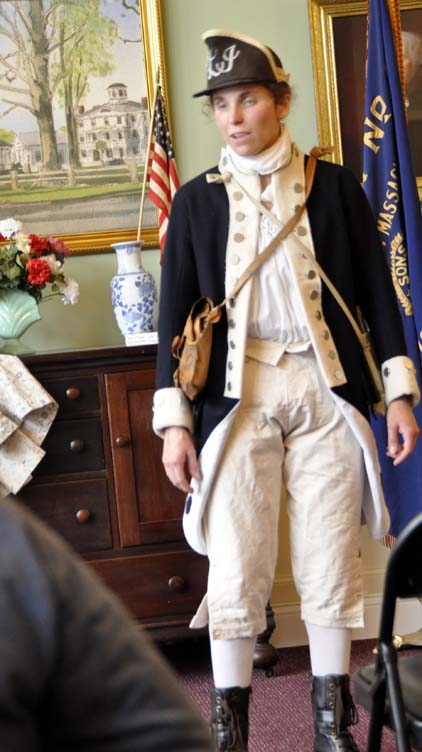 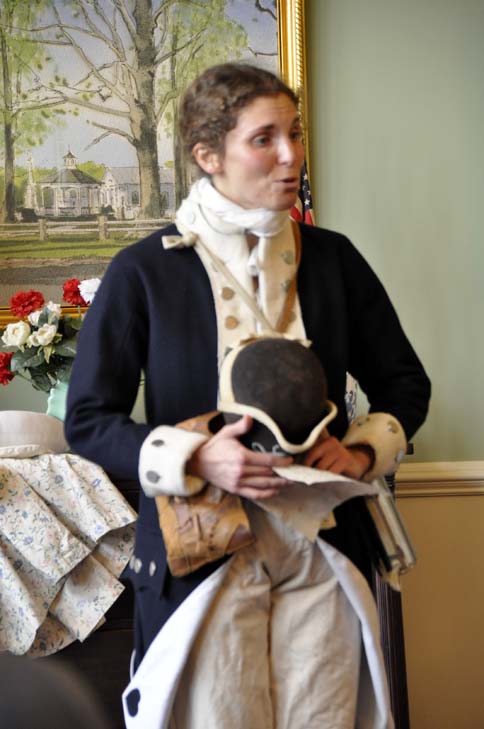 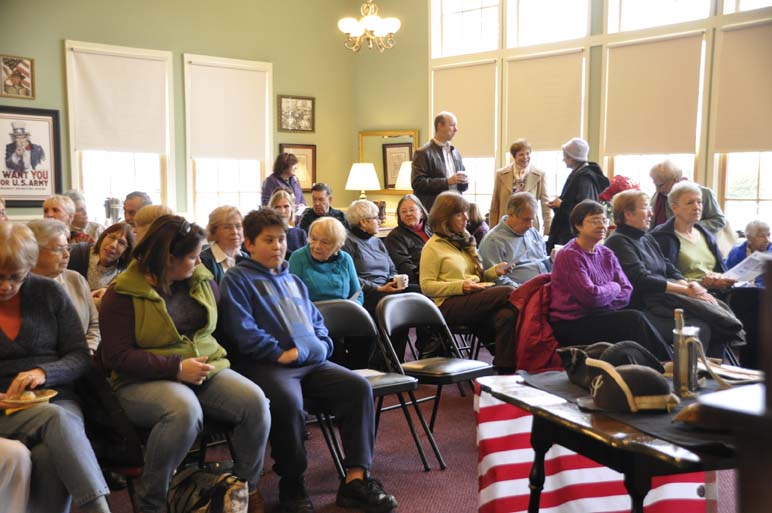 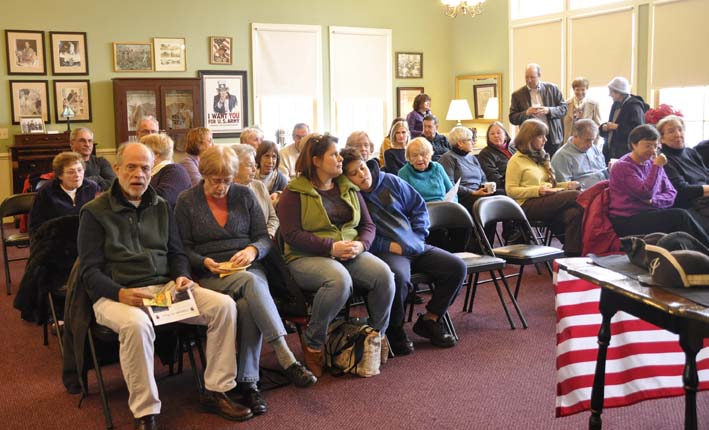 Excerpt from Wikipedia: “Sampson was a woman who disguised herself as a man in order to serve in the Continental Army during the American Revolutionary War. She is part of a small number of women with a documented record of military combat experience in that war. She served 17 months in the army, as “Robert Shurtliff” of Uxbridge, Massachusetts, was wounded in 1782 and honorably discharged at West Point, New York in 1783.“

Excerpt from the Revolutionary War Archives Organization: “On her tombstone is inscribed “Deborah wife of Benjamin Gannett, died April 29, 1827, aged 68 years”. On the reverse side of the stone it reads “Deborah Sampson Gannett, Robert Shurtleff, The Female Soldier Service 1781-1783″ Also, the D.A. R. erected a plaque in her memory, detailing her exploits.”