Saturday, June 15, 2019 the Grafton Historical Society is holding its major fundraiser on the picturesque Grafton Common. Our 52nd Annual Antique and Arts Show will offer a wide variety of vendors selling unique Antiques and Art. Each year we have a few booths demonstrating their craft.

You can stop by and see Elaine Koleskis canning her chairs or visit with Joanne Beller to watch her weave a beautiful Nantucket Basket. Ken Klapproth will be back with his amazing wooden shaker boxes. There will be hot dogs, chips, pastries, coffee and drinks for you to satisfy your appetite. The Kelly Clark Trio is always a favorite source of leisure music as you stroll along the paths looking for that just right item to take home. The show will run from 9 am – 3 pm and will be held rain or shine. If the weather prediction is for heavy rain we will move our location to the Millbury Street Elementary School, 105 Millbury Street.

Your $5.00 admission fee helps the Society bring you great programs throughout the year.

Join us at the First Friday Tea April 5, 2019 from 1:00 to 3:00 pm at the South Grafton Community House at 25 Main St in South Grafton to hear author Amy Belding Brown tell the story of Sarah Sartell of Grafton.

Sarah Sartell Prentice was quite a character. According to F.W. Pierce’s History of Grafton, when her future husband Solomon Prentice “courted” her, they sat on the trunk of a tree in the woods, and he proposed to her in the language of Naomi to Ruth, and she accepted him with Ruth’s reply. Never a dull moment in Sarah’s life. The Historical Society holds a piece of her wedding dress as well, woven in the late 1600’s, one of the oldest artifacts at the museum.

The author of the presentation, Amy Belding Brown, lived in Grafton from 1994 to 2011, and wrote her first historical novel, Mr. Emerson’s Wife, there as well as doing the research and early drafts for her 2014 novel, Flight of the Sparrow.  She became interested in the story of Sarah Sartell Prentice while doing work with the historical records of the Grafton Congregational Church.  Sarah lived at a time of great religious ferment and was an important figure in the Separate Congregational Movement in Massachusetts at the time of the Great Awakening.  Hers is the remarkable story of an independent woman who defied her religious traditions and lived a radical life that scandalized her neighbors.

Irish breakfast tea, pastries, fruit, cheese, and gluten free items will be provided, along with fancy teas served in beautiful antique porcelain teacups – it’s a tea after all!

$5.00 and RSVP: make a reservation by calling 508-839-0000 or email graftonmahistory@gmail.com. Brought to you by the Grafton Historical Society.

Sunday, March 24, 2019, 2 pm at One Grafton Common Great Hall, actress and activist Lynne McKenney Lydick will bring abolitionist Abby Kelley Foster to life in her inspiring one-woman play, “Yours for Humanity — Abby”.  NOTE: the snow date of Sunday, March 24th has been triggered due to the snow on the original date. 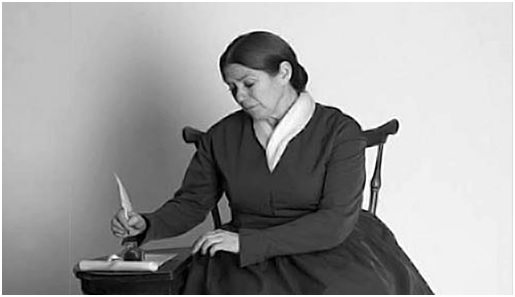 The play is based on the letters and speeches of Foster in 1854, during a time of many social and political differences in our country. Hear Foster  deliver her powerful orations against slavery and prejudice, which helped to change the views of many.

Abby Kelley Foster (1811-1887) was a radical abolitionist, women’s rights activist. Her first National Woman’s Rights Convention in Oct of 1850 was held in Worcester, MA where she lived along with her husband Stephen and their daughter Alla.

The society’s annual meeting in the 1850s was held alternately in Salem, OH and Alliance, OH. The Haines land would temporarily house a tent that accommodated large crowds. A report from the Anti-Slavery Bugle said that 3,000 attended over a three-day weekend.

See how one person can effect extraordinary changes in society by sheer determination, perseverance, and hard work. Abby’s House, a shelter for women opened in Worcester, MA in 1976 is named after this influential woman.

First of Four Programs in the “Rising Towards Unity” Series

For further information please call 508-839-0000 or email us at graftonmahistory@gmail.com. Look for future information about our additional “Rising Towards Unity” programs in 2019:

Saturday, August 18th the society invites you to visit from 12 – 4 pm at our new museum location, 71 Main Street, South Grafton for our Grand Opening. As well as viewing our great collection of artifacts there will be plenty to do. Mr. Ken Ethier will be out on the front lawn with a vast array of vintage tools. Just a short walk away, at the Mill Villages Park you’ll find Antique cars, vintage State Police vehicles, a story walk for the children, a scavenger hunt for families and adults along with Mrs. Joanne Beller making her wonderful Nantucket Baskets. The society will have a table of interesting items as well as “Images of Grafton” books and our bandstand ornaments. Stop by and join in the fun.

Here is a peek inside the new museum:

The Grafton Historical Society would like to invite you to be part of our Annual Meeting on Friday, April 27, 2018. We will gather for a cash bar and hors d’oeuvres at 5:30 at the Post Office Pub, 1 Ray Street, North Grafton. A buffet of Bourbon Glazed Beef Tips with Caramelized Onions, Holiday Stuffed Chicken, Assorted Vegetables, and Roasted Red Bliss Potatoes will be served. An assorted Dessert Platter along with coffee and tea will follow dinner. Price per person is $37.50. Gluten free options are available.

At 7:00 pm we will have our business meeting and election of new officers followed by the awards presentation. This year’s Grafton History Awards will be awarded to:

… and a special award as well for the best crew ever of volunteers who made the move happen:  Dave Therrien, Don Clark, Rob Aberg, Scott Rossiter, Reid Blute, Kevin Powers, Dan Jones, Bernie Gardzina, Larry Berg, Barry Smith, Rob Fraser, Corinne Tortai, Evelyn Guillette, Pam Hollander, Julie Delong, Megan Webber, Rita Whiting, and two men from the American Legion, Stephen Gosselin, and Seth Mansur (hopefully not missing any!). Thanks to all of these wonderful folks, our museum will once again be a proud source of Grafton’s history.

Then at 8:00 pm our guest speaker, the much-loved local legend Ranger Chuck Arning will present “Development of Women’s Right to Vote”. For 25 years Ranger Chuck served with the Blackstone River Valley National Historic Park. During his career as National Park Service Ranger, he researched and brought to life many stories of the Blackstone Valley. Ranger Arning is one of the best storytellers around. You won’t be disappointed.

For information on attending the annual meeting please call 508-839- 0000 or send us an email at graftonmahistory@gmail.com.

The spruced-up museum hosts Grafton Celebrates the Holidays on Sunday December 3, 2017 from 12 to 4 p.m. with TWO Frosty Stops 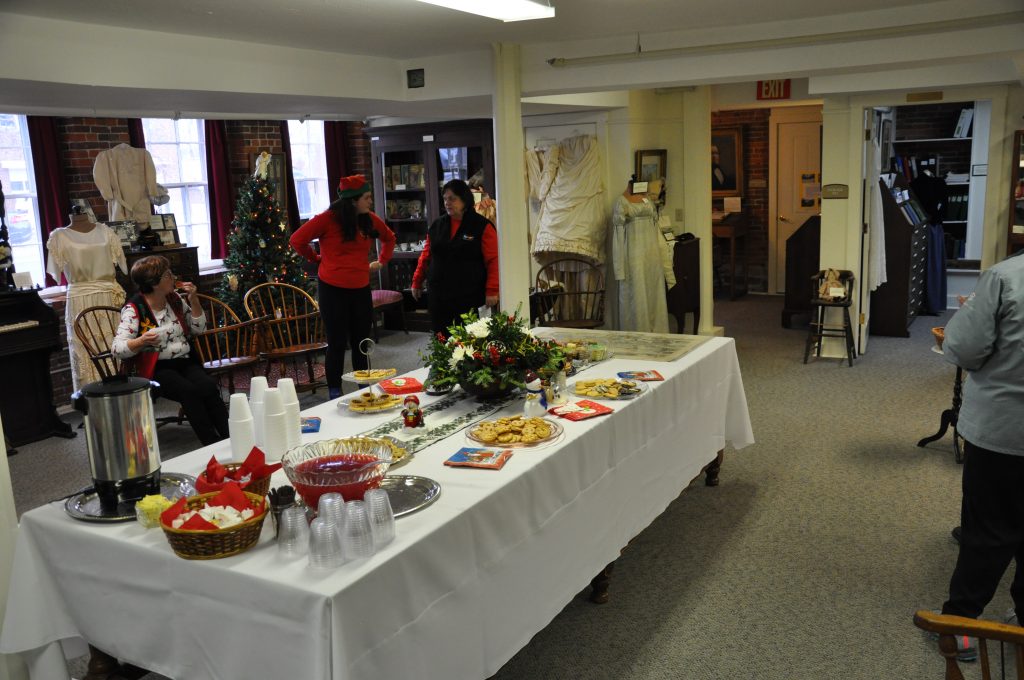 Cookies, punch, and coffee are served. Find out more about your town’s history, and see and touch real artifacts, textiles, shoes, and other items from Grafton’s past. Examine the thousands of vintage photographs taken in Grafton. If you’re interested, you can also look into helping out with research and other society activities aimed at preserving Grafton’s past.

Here are some photos of the event, click a picture and use arrow keys, or else start the auto-advance slideshow:

Comments Off on Grafton Celebrates the Holidays, Sunday December 3, 2017

Posted on December 3, 2017 in Press Releases 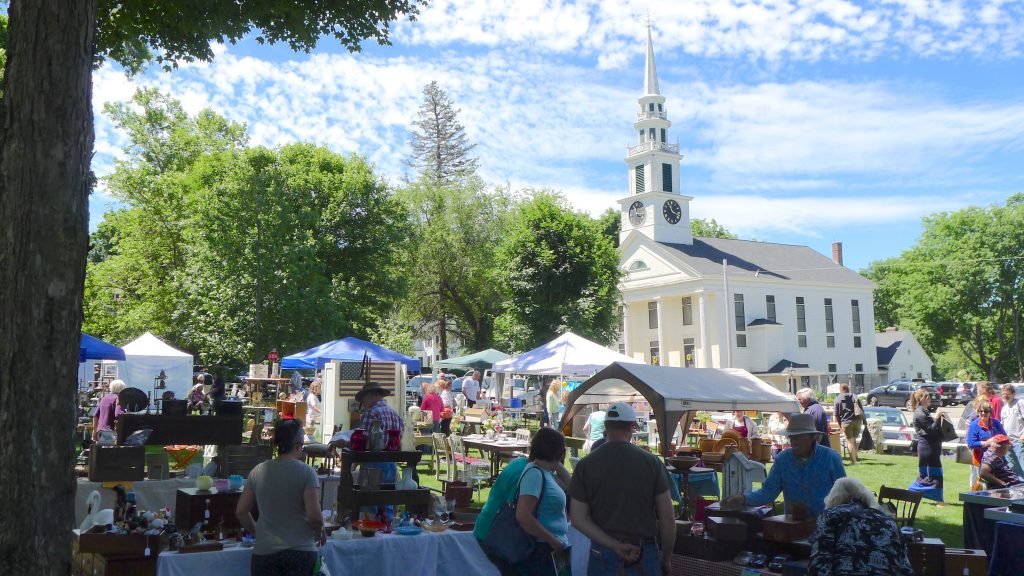 The Grafton Historical Society announces the 50th annual Antiques and Arts Fair, to be held Saturday, June 17th, from 9 a.m. to 3 p.m., on Grafton Common. There will be dozens of antiques and collectibles booths, music, food concessions, and artisans demonstrating their crafts, among numerous other attractions.

“We are very pleased to be hosting the 50th Antiques and Arts Fair in Grafton this year. We invite everyone to come and share in this wonderful annual tradition,” said Nancy Therrien, Grafton Historical Society President. “Whether you’re searching for treasures, learning about crafts, or enjoying some food and music, it’s sure to be a fun day.”

In addition to the many vendors displaying their antiques and wares, there will be an appraisal table where, for a small fee, visitors can learn the value of their antiques and family heirlooms. Artisans also will be on hand providing demonstrations on basket making and other traditional crafts. As a backdrop to the festivities, Kelly Clark and his band will entertain the crowd with live music on the bandstand.

Admission is $5 for adults. Children 12 and under are free. Look for discount coupons in local businesses and The Grafton News. For more information, call 508-839-0000 or drop us an email at graftonmahistory@gmail.com.

** RAIN DATE: in case of rain, the fair will be held at the Millbury Street Elementary School, 105 Millbury St, Grafton, MA.

The Grafton Historical Society and Grafton Garden Club are hosting the annual Grafton History Day and Plant Sale even on Grafton Common Saturday May 13, 2017 from 9:00 am to 2:00 pm. Demonstrations and items on display at the Common will include:
Additionally, the Historical Society Museum will be open from 10:00 am to 1:00 pm.
Each year, visitors come to enjoy the displays, live music, pony rides, vendors, and plant selections under the Grafton Common’s spring canopy. Join the fun! 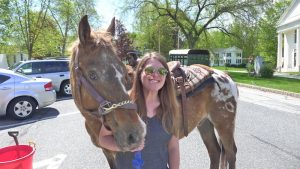 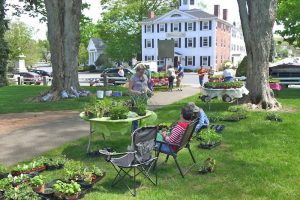 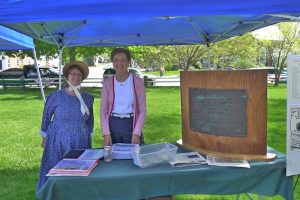 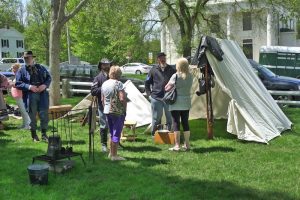 Comments Off on Grafton History Day and Plant Sale, Saturday May 13, 2017

On Thursday April 13, 2017 at 7:00 pm, Rob Vella will present his interpretation of  Nathaniel Hawthrone’s “The Haunted Mind” at the South Grafton Community House, 25 Main St., South Grafton, MA.  a $7.00 donation is requested. Refreshments will be served. Sponsored by the Grafton Historical Society and The Grafton Public Library. 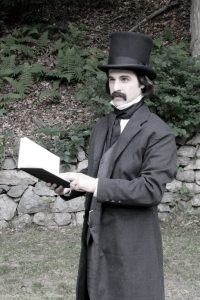 According to Wikipedia, the story tells of an intermediate space between sleeping and waking, and begins with the main character’s sudden waking from midnight slumber. Notable quotes:

Velella is an independent scholar and playwright specializing in American literature of the published articles and presented academic papers on figures such as Margaret Fuller, Oliver Wendell Holmes, and Walt Whitman. Additionally, he has lectured at various historical sites, libraries, and colleges from Pennsylvania to Maine on the topic of American literature. He also performs dramatic readings in character for several literary figures, including the young Henry Wadsworth Longfellow, Edgar Allan Poe, and Hawthorne.

Come see Walter Buckingham Sunday April 2, 2017 at 2:00 pm at the South Grafton Community House. As a Staff Musician in Old Sturbridge Village, Sturbridge, MA, Walter is able to combine his historical troubadour/bard and story-teller role with an education program that combines geography, history, and social studies. 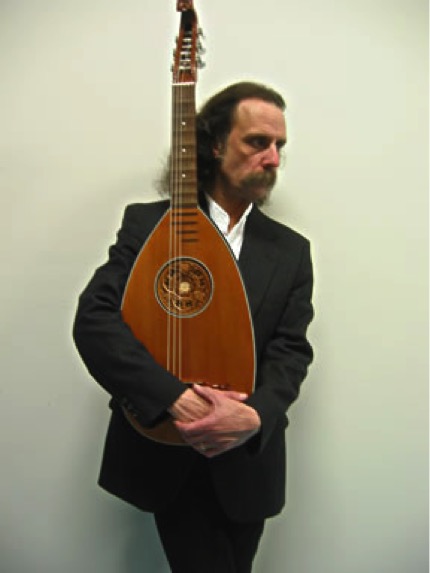 Adept with many rare and unusual antique musical instruments, his repertoire includes not only music performance but also the history and evolution of instruments and their international origins. Learn more at Walter Buckingham’s website: (link)

Posted on February 2, 2017 in Press Releases